GOPHER and the Internet for Dummies Quick Reference 1994

Another trip down the memory lane (aka, the latest find in a used book store).  The Internet For Dummies, 1994 edition has this to say about Gopher

If you're looking for a particular file or piece of information, like a copy of The Wonderful Wizard of Oz or the current weather in Key West, Gopher is the quickest way to find it. If yo goal is something obscure, WAIS is your best bet because -- unlike the other two -- WAIS doesn't depend on someone already having indexed the information. If you just want to browse in a general topic area, WWW is the quickest way to have a look around.

Times have sure changed. Of the Gopher URLS in the text (page 79 to 90), here's the current status for each of the gopher servers listed: 100% of them are no longer functional.

None of these gopher servers is still existing. The common return value is "no such host", with a very small number returning a connection actively refused or even started to read, but no data was sent.

Posted by Sunrise Programmer at 1:03 PM No comments: 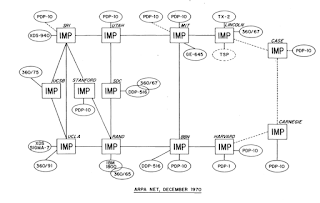 Posted by Sunrise Programmer at 7:46 PM No comments: